The choir was founded by Christine Kydd in 1997 as part of the Scots Music Group.  It became independent in 1999, remaining affiliated to the SMG. Most of our songs come from the Scots tradition – though we do sometimes sing more contemporary Scots songs.

Our Musical Director since autumn 2020 is Corrina Hewat, the highly acclaimed singer, harpist and composer, and widely recognised as one of Scotland’s most unique and innovative musicians.   Corrina was also MD from 2015 to 2018. We’ve recorded some videos of songs she arranged and led: Frida Kahlo, The Cool of the Day and The Queen of Argyll, and you’ll find these on our YouTube Channel.

From 2018 to 2020 our MD was Robyn Stapleton, well-known traditional singer, song tutor and performer.  She was the 2014 BBC Scotland Young Traditional Musician of the Year.

Also on the YouTube channel, you will also find sound recordings of songs arranged by Mairi Campbell who was our wonderful MD for 12 years from 2003: Keep You in Peace, Christmas Song, Baltic Street, When the Snows of Winter Fall, Cauld Blaws the Wind and Hard Winter.

Completing the list of the professional musicians who we’ve had the privilege of leading us is Jenny Clark, one time member of the seminal Scottish folk group Battlefield Band, who was with us from 2000 to 2003.

The choir is run by an elected committee, with a Music Organising Group (the MOG) suggesting materials for performances, in conjunction with the Musical Director.

Sangstream meets on Thursday evenings during school term time, from 7-9 p.m. at James Gillespie’s High School, Lauderdale Street, Edinburgh.   (Note, as of November 2021, we are temporarily meeting elsewhere in Bruntsfield) 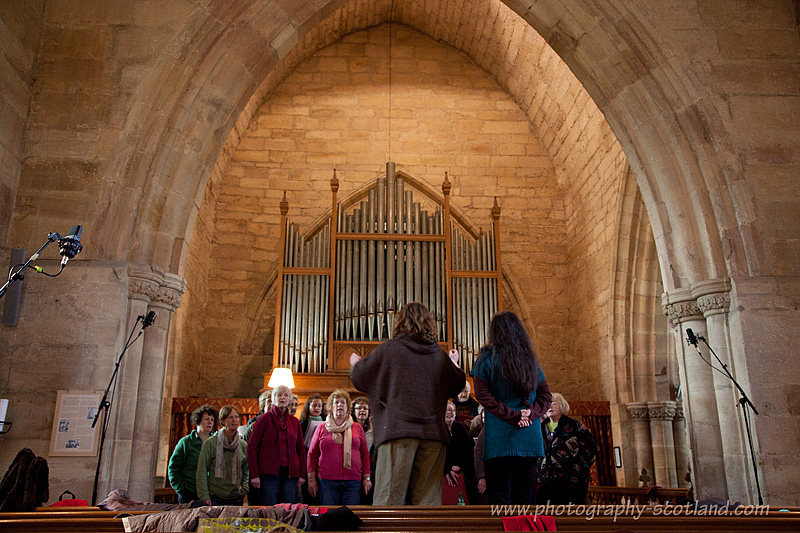 Recording our CD – ‘More Than a Choir’

Find out more about other activities Sangstream members enjoy together.

Monthly Singing Session
Join us at our session in the Captain’s Bar, South College St from 3.30 to 7pm.

SORRY, DATE OF NEXT SESSION TO BE CONFIRMED